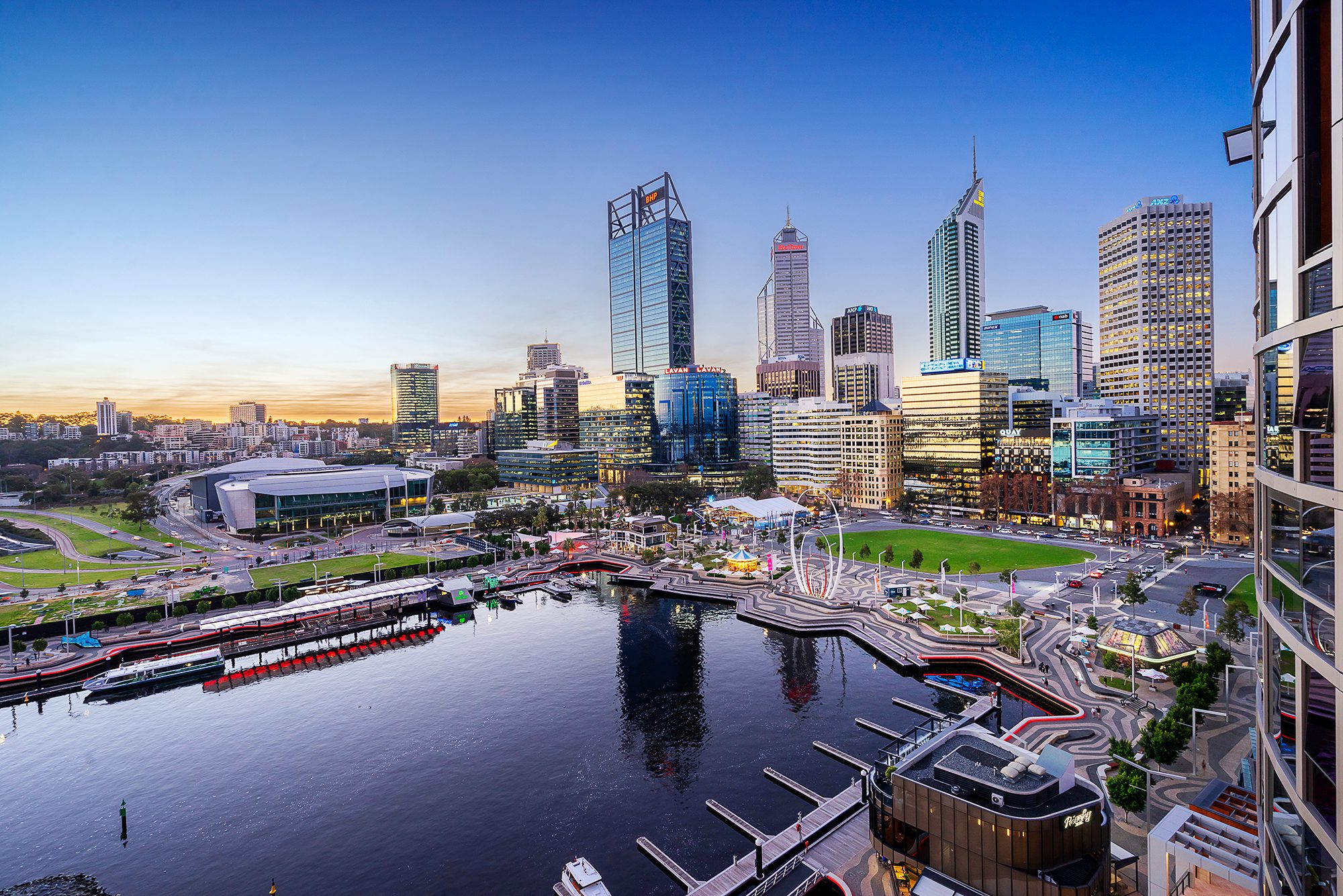 The Rich History of Elizabeth Quay

Sitting at the foot of Perth city, on the edge of The Swan River, stands The Towers, our Perth Elizabeth Quay development. While new, the development is nestled in a truly historical district of Perth. Elizabeth Quay has long served in the progress and development of the city and its inhabitants, earning its iconic status that is upheld to this day.

While it might be hard to imagine Elizabeth Quay without its restaurants, bars, and landmark sculptures, it was once the shallow reed beds where the Indigenous Noongar People fished.

Prior to colonization, the land belonged to the Noongar People who are thought to have inhabited the South-West region of Western Australia for more than 45,000 years. The Perth Metropolitan area falls on Whadjuk Country including many sites of spiritual importance to the Noongar community. One such site is the Swan River (known as Derbarl Yerrigan in Noongar language) on which Elizabeth Quay sits. The Noongar People believe that the river was formed by a great serpent when it slithered over the ground, shaping the land in its wake.

The current design of Elizabeth Quay is inspired by various aspects of Noongar culture, traditions and art, and acknowledges them as the traditional owners of the land.

The city of Perth was established in 1829 as the Swan River Colony. Taking into account the importance of water transport, the first colonial Governor, Captain James Stirling decided that the colony’s capital had to be on the banks of the Swan River. Thus, an axe was driven into a tree near the site of the current Perth Town Hall (a ten minute walk from Elizabeth Quay) to mark the foundation of the colony.

Elizabeth Quay itself is built on the site of what was formerly known as The Esplanade Reserve. The Esplanade Reserve was a public space developed over time through land reclamation, mud dredged up from the river bottom and the dumping of street sweepings. It was handed to the City of Perth for recreational use in 1880, but was reclaimed in 2012 by the State Government for the construction of Elizabeth Quay.

Throughout its lifetime, The Esplanade was the site of many significant events ranging from celebrations to citizen revolt. The first official event held on The Esplanade was the 1881 Intercolonial Exhibition, followed by other monumental occasions like the granting of responsible government to Western Australia in 1890. In the 1930s as the city was stricken by The Great Depression, citizens rallied at Esplanade reserve before marching through the streets.

The Esplanade was also home to many landmark structures that have since been relocated. The Florence Hummerston Kiosk named after a renowned women’s issues campaigner, was deconstructed in 2012 and rebuilt brick by brick on The Island at Elizabeth Quay. It is now a family friendly restaurant and home to the Little Island Brewing Co. brewery.

Elizabeth Quay as we know it today, also incorporates Barrack Square, located on the waterfront just adjacent to The Towers at Elizabeth Quay. Barrack Square is the location of the Old Perth Port (comprising of a restaurant, a café, a souvenir shop and gift shop), the Old Barrack Street Jetty and the Swan Bell Tower.

In fact, the Old Barrack Street Jetty was discovered during our excavation of the site prior to the commencement of The Towers. The Barrack Street Jetty was one of four jetties built on the Swan River in the mid 1800s, and named “Cole’s Jetty”, after Henry Laroche ‘King’ Cole who went on to be the first chairman of the Perth City council. In its early days, it could only cater to small flat bottom boats, but once extended with limestone in 1860, it became a vital cargo jetty for the city. In the 1870s, it was used as retaining for the landfill at Esplanade Reserve.

The buried jetty was discovered within 1.5m of the surface and carefully excavated by our archeologists, ‘Archae-us’.  Along with it, artefacts like clay tobacco pipes, a ships rudder and broken crockery were also recovered. The Barrack Street Jetty has been preserved for future generations.

Standing next to The Towers is the Swan Bell Tower, housing the twelve bells of St Martin-in-the-Fields. Gifted to the people of Western Australia in 1988 as part of the national Bicentennial celebrations, the bells have a long and regal history. They are recorded to have existed since the 14th century and were recast in the 16th century by Queen Elizabeth I. Today, the Swan Bell Tower is an icon of the city and a popular tourist site.

Barrack Square is a heritage listed site meaning that it will never be built out. This is fantastic news in regards to conserving a vital part of the city’s history. As an added bonus, residents of The Towers can enjoy their river views without fear of future obstruction.

The land and water on which Elizabeth Quay sits, has long played a vital role for the city and its inhabitants – from an abundant source of food in indigenous times to the site of trade, celebration and protest. Today, Elizabeth Quay is still an iconic address, known for its restaurants, bars, tourist attractions and stunning views. It is a place where people come together and most importantly; it is a place that you can call home.

Throughout history, the land and water on which Elizabeth Quay sits, has been a place of gathering, change and growth. Today, it is once again playing this vital role, with our residential development The Towers at Elizabeth Quay, a five star Ritz Carlton hotel, and a plethora of dining, retail and entertainment offerings to delight both residents and visitors.

As a resident of The Towers, you are part of the Elizabeth Quay community, ushering in a new era of growth in Perth, as is the tradition of your predecessors.